The Cape Town International Boat show is South Africa’s premier boating and luxury lifestyle event. This year it took place from 18-20 October. This year was the 19th year and it is safe to say it was definitely a weekend to remember. There were a lot of live demonstrations, from flyboarding to foiling, canoe polo, activities for kids and many more.

Our experience at the Boatshow:

The weekend was a huge success for Ullman Sails. We were in the main marquee at stand number M39 so we had a very busy weekend. The Deputy Minister of Transport: Honorable Ms Dikeledi Magadzi visited our stand on Friday to learn a bit about our loft and how we manufacture our breathtaking sails. On Sunday we streamed the Springbok Rugby game from our stand and handed out Springbok merchandise.  Ullman Sails Gear was also there selling their Ullman branded clothing and their stylish bags which is made from upcycled sail material. Ullman Kiteboarding was also there showing off a beautiful kite and wing. On the Sunday they had a live demonstration of the wing. 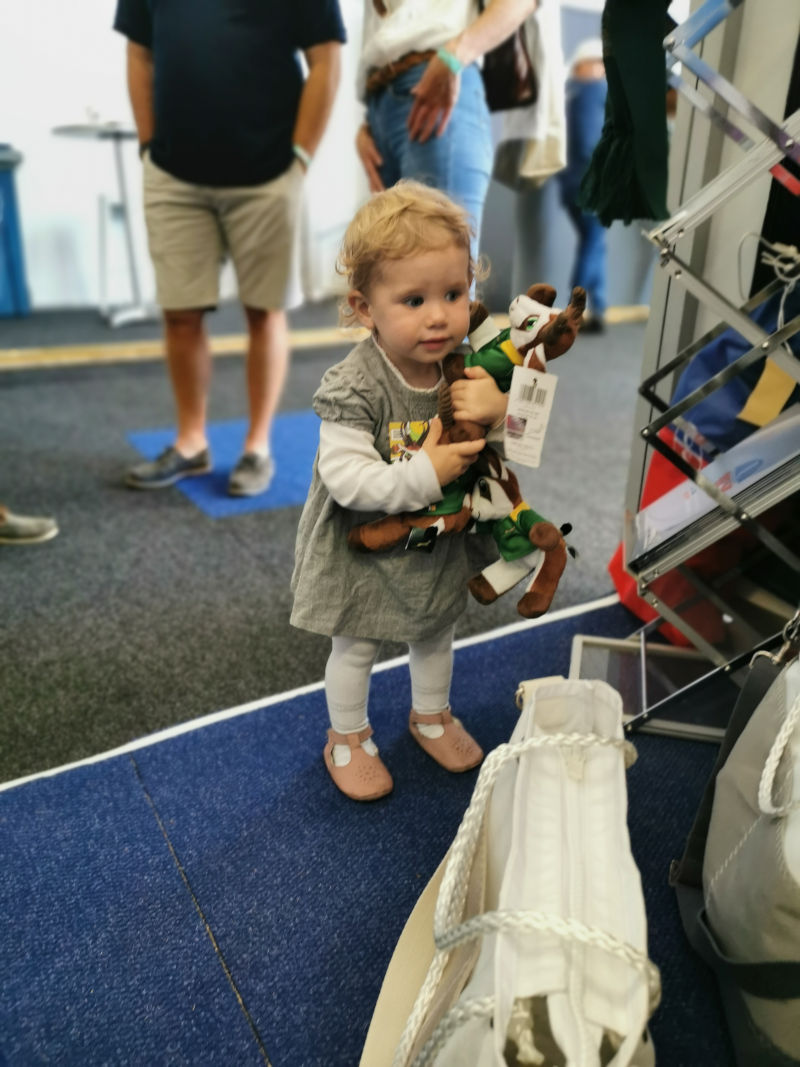 A race to inspire many, raise funds for those in need, and to just do good 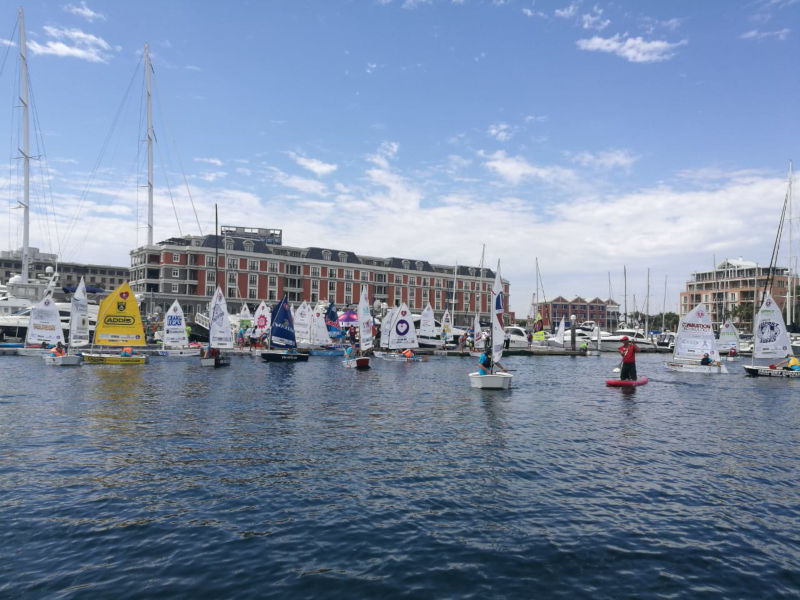 The Little Optimist is a non-profit organisation which was founded by Greg Bertish. He is well-known for his passion and determination to help children who are struggling in the hospital by giving them hope and bringing a little joy back into their lives. Ullman Sails is a proud sponsor of the Little Optimist. 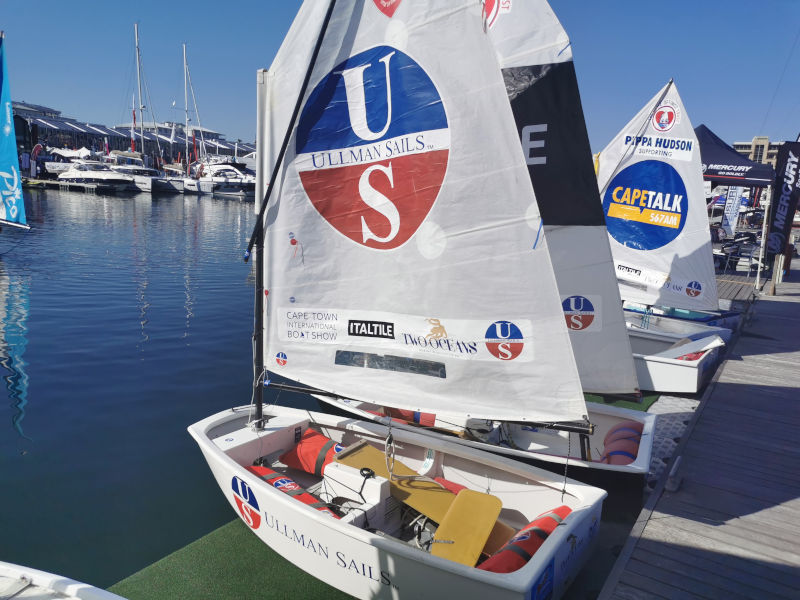 The Little Optimist hosted the Great Optimist Race on Saturday 19 October at 12:00. There were 41 Optimist representing 30 charities. The purpose of the race is to raise money, awareness and inspire children. They raised half a million Rand for charity. 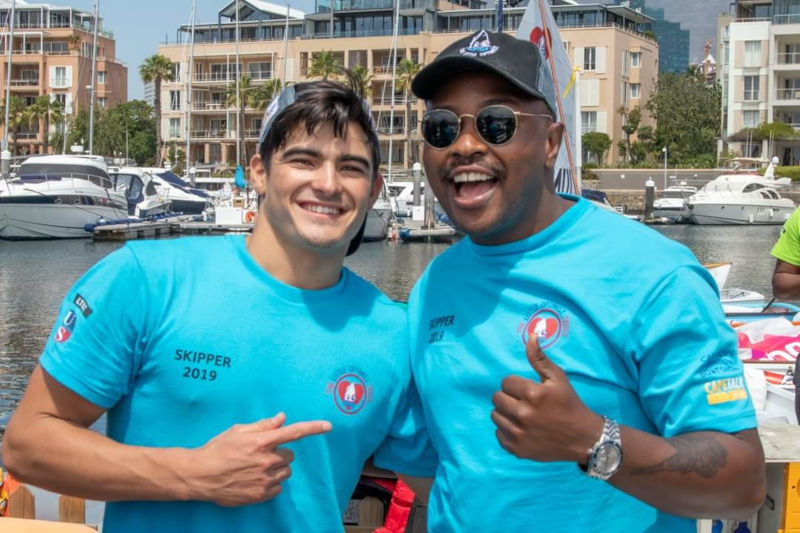 Majozi who is a South African musician and Scarra Ntubeni who plays for the Stomers and the Springboks also took part in the Race. Other celebrities who took part included Craig Lucas who was the winner of season 2 of ‘The Voice SA’, Pippa Hudson, the host of CapeTalk’s popular lunch show, Riaan Manser who is an explorer, Big Wave surfer Matt Bromley and Josie Borain who is South Africa’s first supermodel and also a leading photographer. There were also captains of industry and medical survivors sailing. 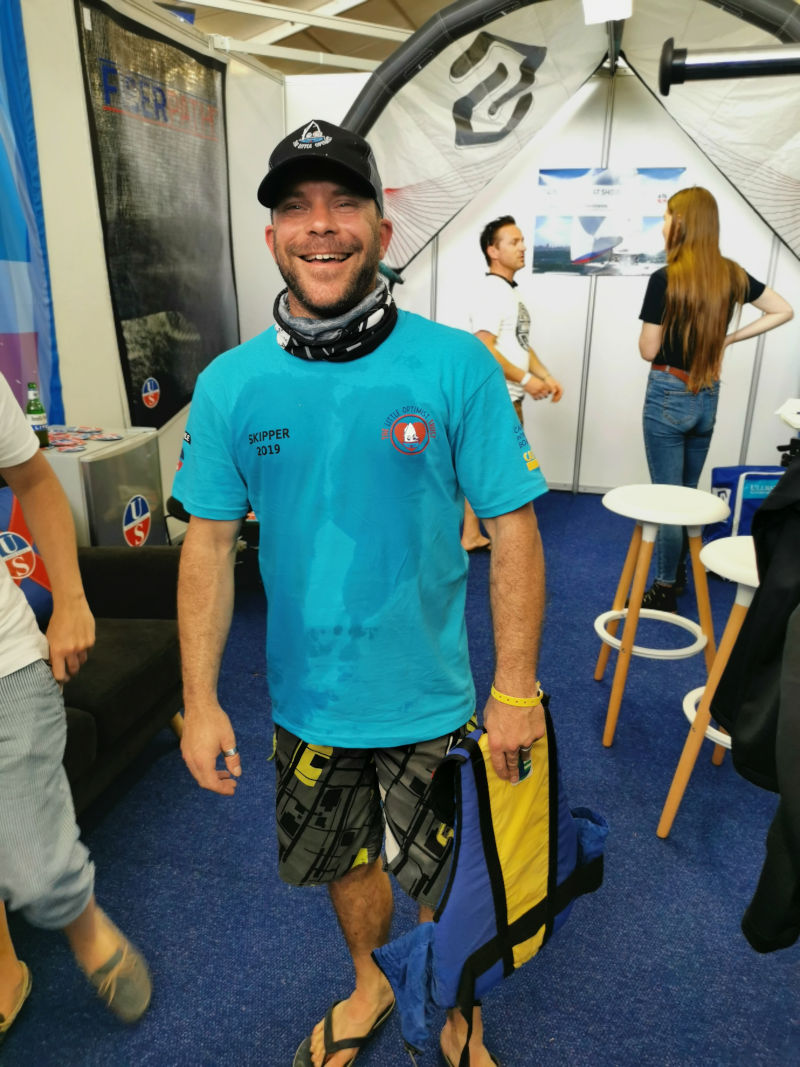 Racing our Ullman Sails Optimist was our very own Tyran Kerford who came in 3rd place in the race and in 1st place in the advanced level. The winner of the Great Optimist Race was Caleb Swanepoel who sailed for Two Oceans Marine, he was also the winner of the Race in 2018. Matt Bromley came in 2nd place sailing for Sail & Leisure. 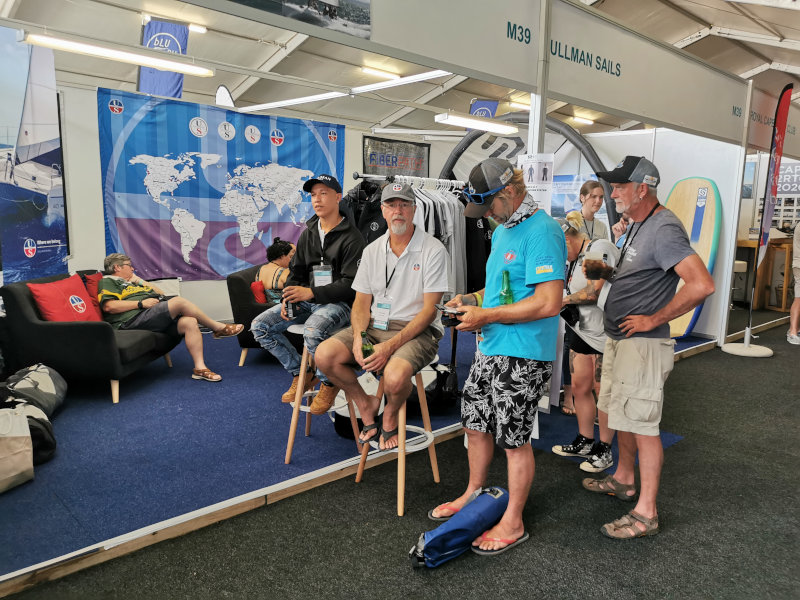 We just want to thank everyone who visited our stand and also the staff who worked over the weekend. If you are a sailor you can not miss this boat show. Next year’s boat show will be even bigger than it was this year. There will be even more activities for the whole family to enjoy. We hope to see you there!