The Ullman Sails Corum competed in the The Mykonos Offshore Regatta that started at the Royal Cape Yacht Club and ended in Langebaan at Club Mykonos on the 22nd of February 2019. Ullman Sails Corum is our IRC Racing Yacht Briand 43. 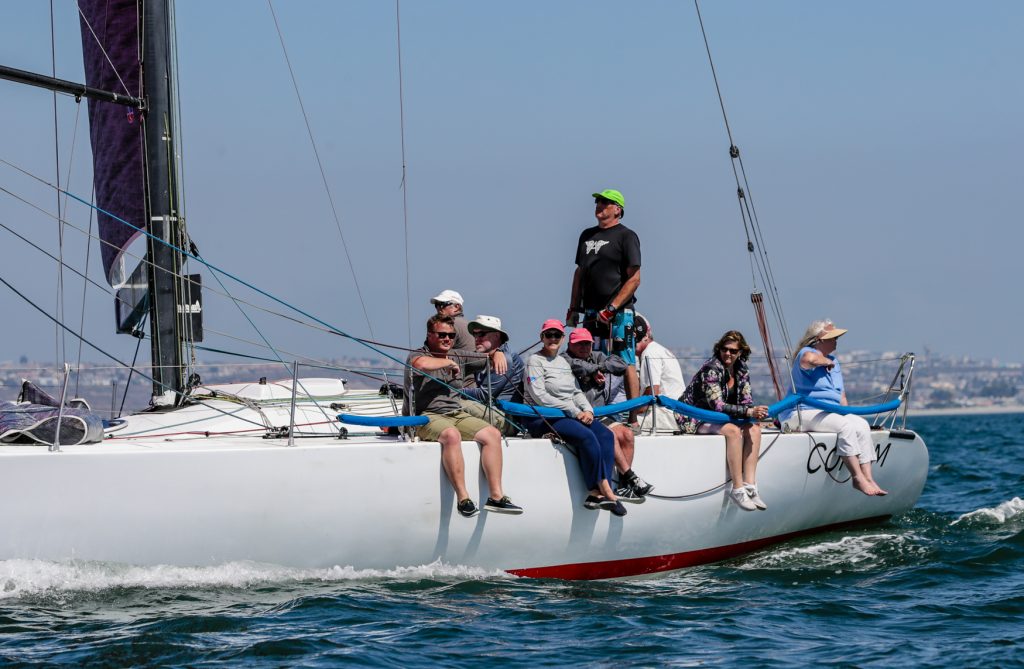 Corum’s experience during the race

It was extremely hard work as the wind was very light and there was quite a lumpy sea state so one had to concentrate very hard in order to take the boat over every wave to keep moving. It was upwind all the way to Dassen Island, and they do not believe that they exceeded 3.5 to 4 knots of boat speed during that period.

Then the fog rolled in and the wind became extremely light and around that time they must have picked up kelp as shortly after they turned towards the finish line, the yacht ‘Gryphon’ came sailing past them. ‘Gryphon’ then overtook between Dassen Island and Jutten Island. Craig Middleton said: “My kelp suspicions were confirmed when the trimaran ‘Banjo’ also sailed by us whilst we felt dead in the water.” Just before the finish line, a Cape 31 went past them with her asymmetrical spinnaker up and she must have been going in excess of 12 knots. After finishing, and tying up in their berth, three large pieces of kelp floated off their bow. A disappointing find, but a testament to the team who still managed to sail the boat to a second place finish on handicap. The great crew all worked tirelessly to get Corum across the finish line.

All of the crew members had a really great time and we are very proud of the Ullman Sails crew and Corum for doing so well in the Mykonos Offshore Regatta.